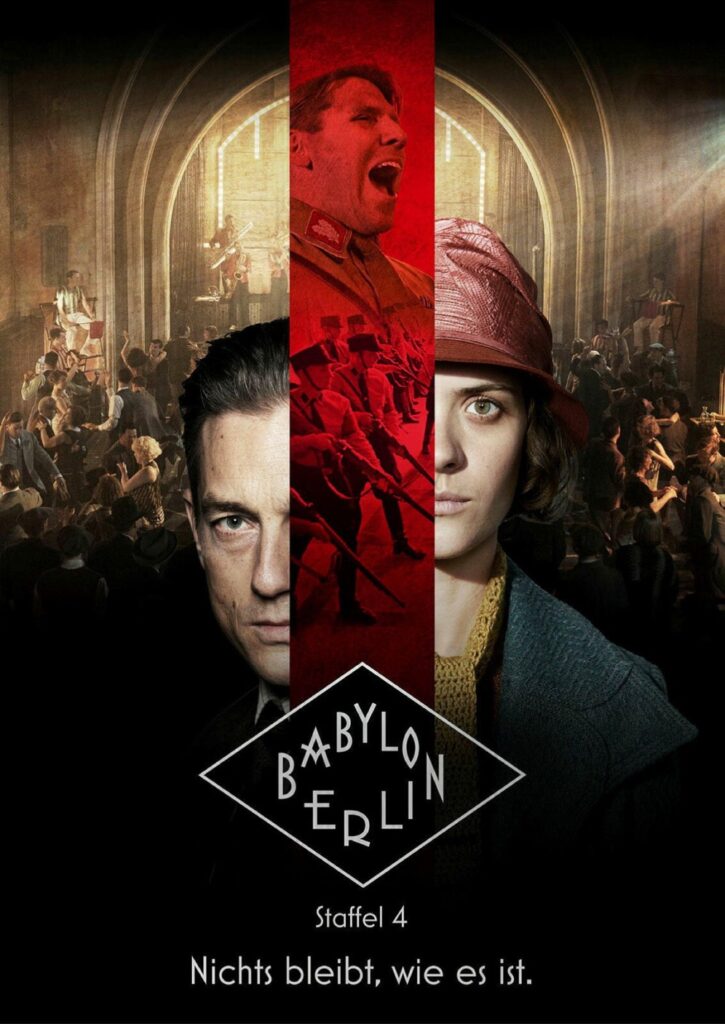 Berlin on New Year’s Eve 1930/31. People are drinking and dancing in the bars. Life should be as the song of the hour celebrates it: A day like gold! Away from the gutter, factory owner Nyssen toasts with bigwigs from politics and the Reichswehr – he has a dream of conquering the moon. But what the new year will bring is not written in the stars. While the underworld around Walter Weintraub goes into a bloody war for the domination of the city, the future of the Weimar Republic is decided on the streets, in the party headquarters and also in the editorial offices of the fascist press. The SA thugs under their leader Walther Stennes demonstrated their will to power ever more brutally. Stennes’ men also declared war on the SS, which is protected by Regierungsrat Wendt and controlled from Munich. Gereon Rath is caught between all fronts. While his mission to free the journalist Katelbach at the side of the courageous Mrs. Behnke draws ever wider circles, Rath gets into mortal danger and loses the trust of his most important ally Charlotte Ritter. Together with her sister Toni, she uncovers the machinations of the “White Hand”, a secret vigilante organization. The unofficial investigation will change both their lives. That of the now grown-up Toni, robbed of all illusions, as well as that of the clever and yet death-defying Charlotte.

The fourth season of BABYLON BERLIN is based on Volker Kutscher’s novel “Goldstein. Twelve new episodes promise a reunion with many familiar characters. Alongside them, we experience grandiose exhibition fights in the boxing clubs of the underworld, sweaty dance marathons in the Moka Efti and the catacombs of the Rote Burg, the police headquarters where all the threads come together. At the same time, the fourth season takes a new look at the powder keg that is Berlin. It is the view of Abraham Goldstein. The American has returned to find a stolen jewel from his father. The search takes him from his Jewish relatives in the Scheunenviertel to the chambers of the Nyssen family. Rather incidentally, Goldstein ignites a gang war, in the course of which the structure of the underworld changes from the ground up. And Inspector Rath does not suspect that the pact with the devil reignites the fight against his inner demons. The journey into the night has just begun.