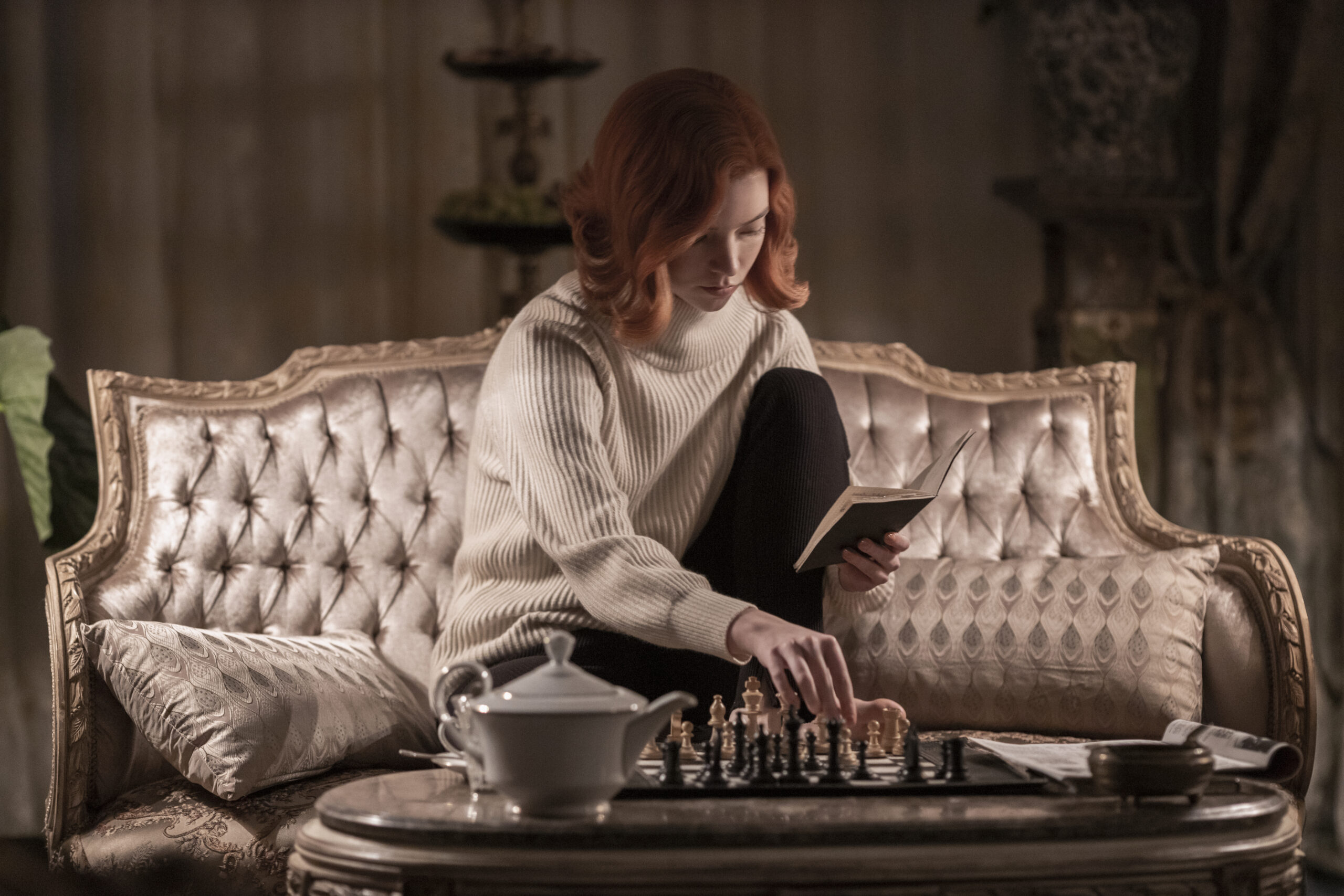 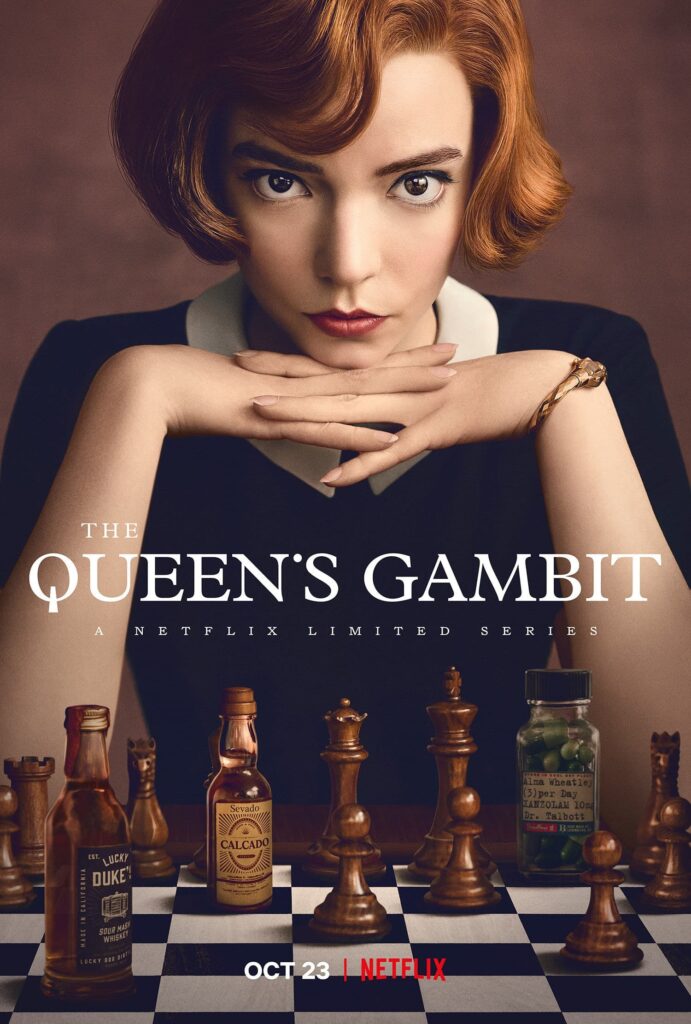 THE QUEEN’S GAMBIT centers on Beth Harmon, a young woman who as a child discovers an astonishing talent for chess. With the help of the janitor at the orphanage where she has been left, her natural abilities flourish, despite her growing dependency on the tranquilizers which have been provided by the state to sedate the children. Haunted by her personal demons and burdened with the gift of genius, Beth navigates her social awkwardness amongst peers and her overconfident ego behind a chessboard. Fueled by a cocktail of narcotics and obsession, she evolves into an impressively skilled and glamorous outcast, determined to conquer the traditional boundaries in the male-dominated world of competitive chess. The cast is led by Anya Taylor-Joy (Emma) as Beth Harmon, and features Thomas Brodie-Sangster (Godless),Bill Camp (The Night Of), Moses Ingram (Macbeth), Harry Melling (The Ballad of Buster Scruggs, The Old Guard), Marielle Heller (A Walk Among the Tombstones), Jacob Fortune-Lloyd (Medici ), and Marcin Dorocinski (Roza). Co-created by Allan Scott (Don’t Look Now) and Academy Award-nominated and Emmy-nominated director Scott Frank (Godless) , who also directed and adapted the limited series from Walter Tevis’ novel of the same name. Allan Scott, Scott Frank, and William Horberg (The Talented Mr. Ripley) serve as executive producers. Scott Frank reunites with his Godless director of photography Steven Meizler, editor Michelle Tesoro, and Emmy-winning composer Carlos Rafael Rivera. The Queen’s Gambit marks the first time Frank has collaborated with production designer Uli Hanisch (Cloud Atlas), costume designer Gabriele Binder (The Lives of Others) and head of hair & makeup, Daniel Parker (Chernobyl).