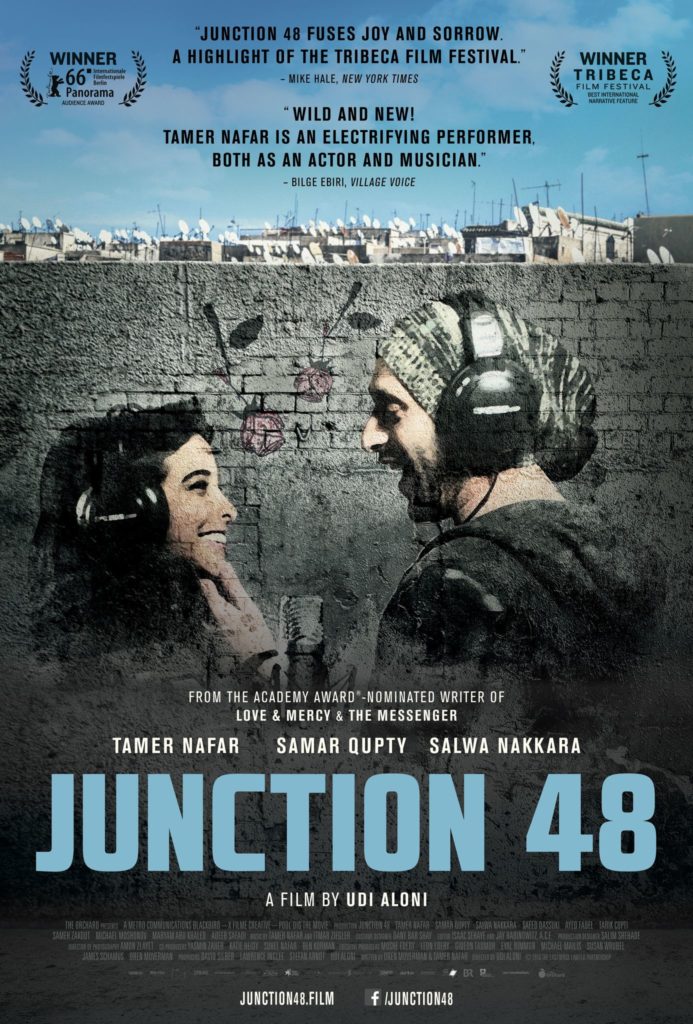 Lod is a poor town a few kilometres east of Tel Aviv where Arabs and Jews live side by side. Kareem, a young Palestinian musician, spends his days wandering aimlessly between casual office jobs and hanging out with his drug dealing mates. When a car accident kills his father and confines his mother to a wheelchair he finds refuge in the world of hip hop. At a concert his girlfriend Manar’s lyrics incite an attack from racist Jewish rappers and, in his neighbourhood, the government threatens to pull down a friend’s house. Kareem and Manar decide to use their songs to fight against the oppression of Israeli society as well as the violence that exists within their own conservative community for, dominated by a patriarchal sense of honour, this is a community that poses a threat to their bid for an independant life. The lead role is played by Tamer Nafar, the charismatic frontman of DAM, the first Palestinian rap band. He and Israeli director Udi Adoni have joined forces to transform his personal experiences into the voice of a new generation of young Arabs. This is a voice that is full of energetic hope for equal rights and a peaceful coexistence.