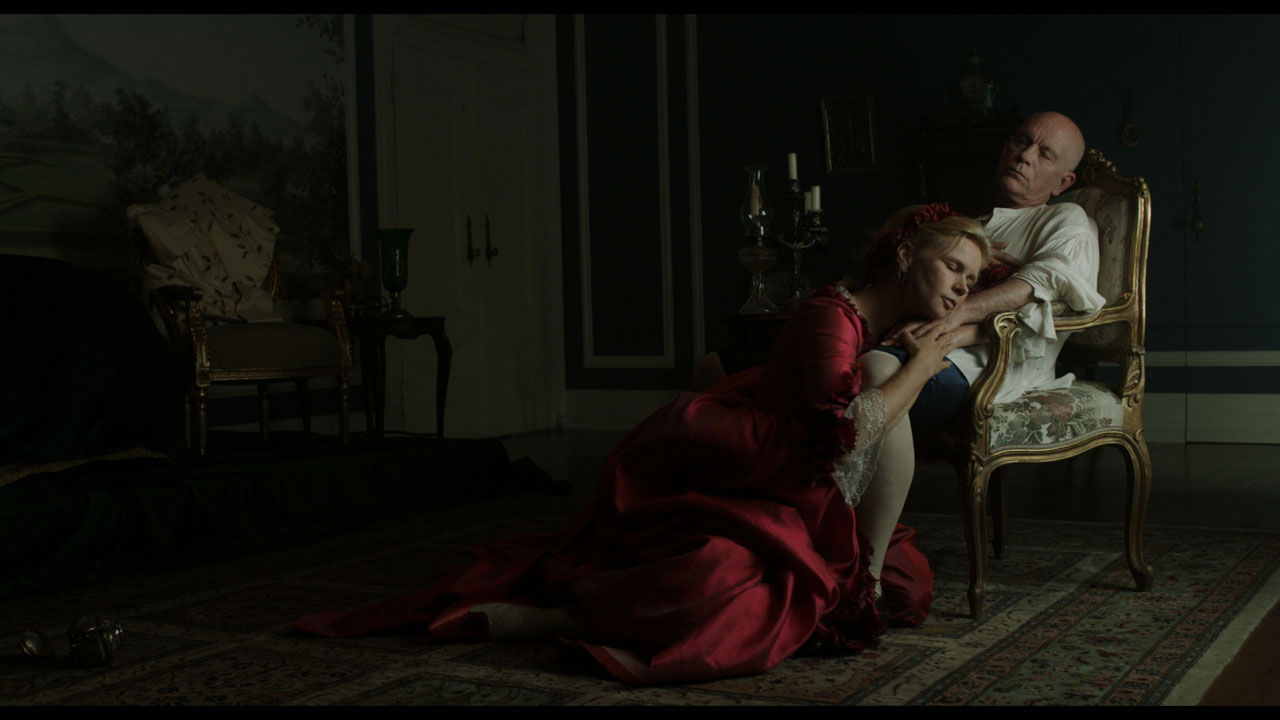 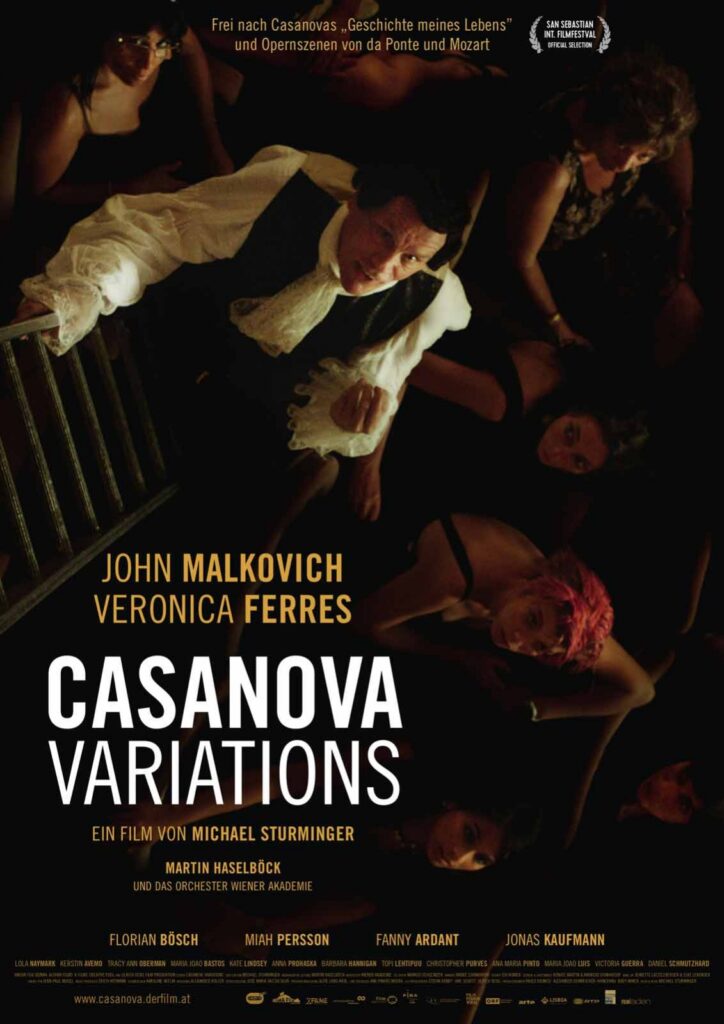 “Casanova Variations” is a chamber opera play about the late Giacomo Casanova, who, in the face of his approaching death, is still trying to find out what we are living for, if not only to be coveted and desired by the woman we love. Giacomo, played by John Malkovich, presents his memories and stories to impress Countess Isabella, the beautiful sister of his host Karl Emanuel Count von Waldstein, and of course has his try on the nurse, the seamstress and the kitchen maid, while he is developing his philosophical view on love, medicine, fashion, and cookery. Moreover Giacomo, who highlights his close friendship to Lorenzo Da Ponte, steps into the roles of Don Giovanni, Count Almaviva and Don Alfonso, but also of Figaro, Leporello and Guilielmo. Along with Mozart’s music his female partner transforms to be Donna Elvira, Susanna, Dorabella, Despina, Zerlina and Rosina. This creates the opportunity to present some of the most beautiful arias and duettos from the three Mozart/Da Ponte collaborations and causes, at certain points, situations where two singers will have to sing up to six vocal parts. They will be forced to octavate, use falsetto and rely on the vocal skills of members of the orchestra and finally even on the actors, no matter what they may sound like. This sometimes quite unorthodox approach to Mozart’s music will have a humorous effect, but also, through a playful atmosphere, open an unconventional access to a number of central masterpieces of Mozart’s greatest opera scores. This unique combination of the intensive drama acting by John Malkovich and his female acting partner, with the impact of two acclaimed young opera singers and performers, will create a very special kind of entry to Mozart’s fantastic opera scenes, even for people who have no regular interest in classical music. The evening opens with a stroke and poor Giacomo nearly dies before he has even started, but as the evening progresses, he recovers, gets younger, fitter and stronger, as his memories seem to strengthen his love and lust for life. So he is constantly coming closer to his desire, to be desired by women, but also to his greatest fear, to die without having found out what he was living for. Finally, after curing and comforting, cooking and eating, dolling up and undressing, he has told the story of his life and won the heart of a woman, now willing to do everything for him. Knowing more about love than any other man, he decides not to consume his final conquest, but to die in the state of victory, which of course remains a nice dream?