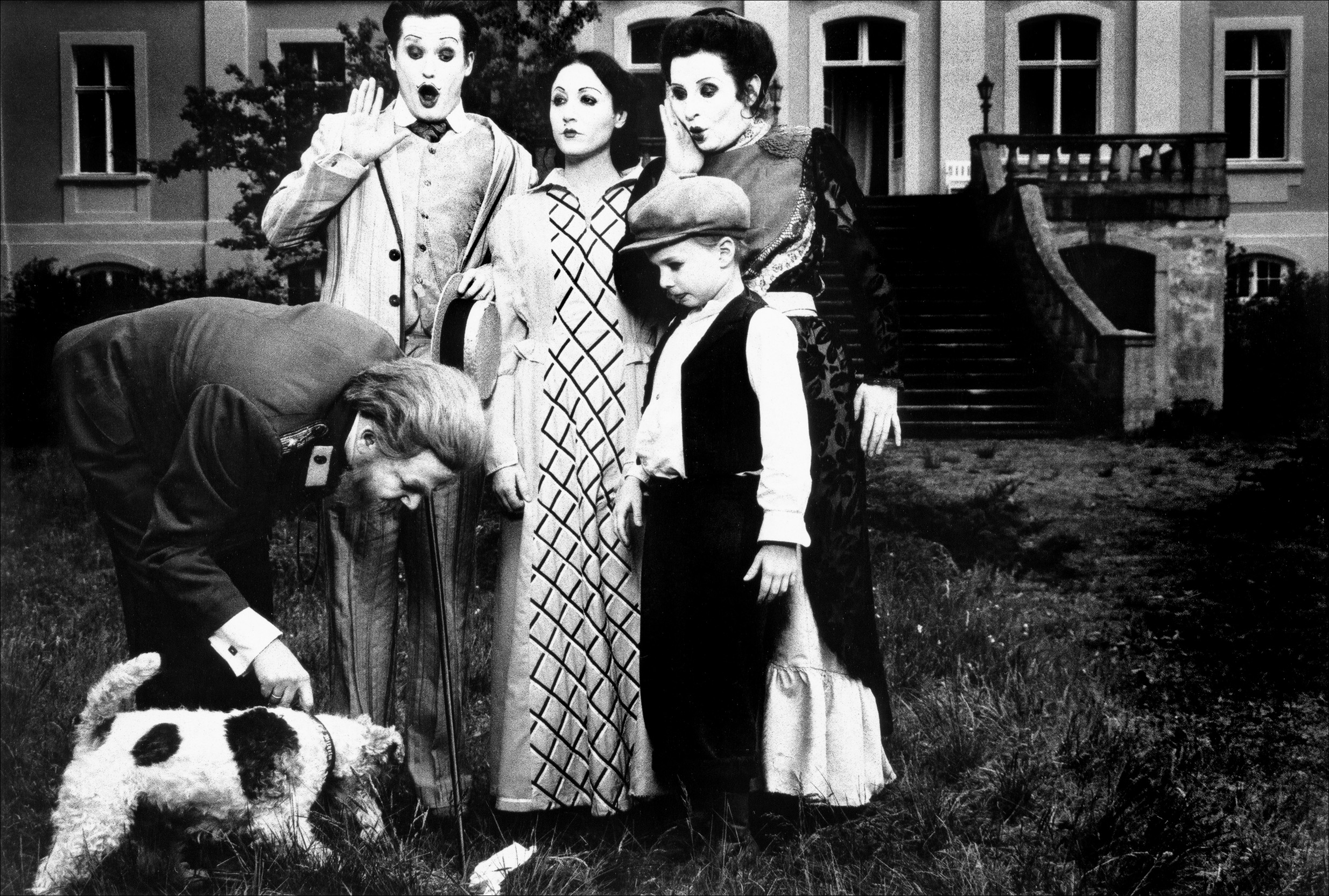 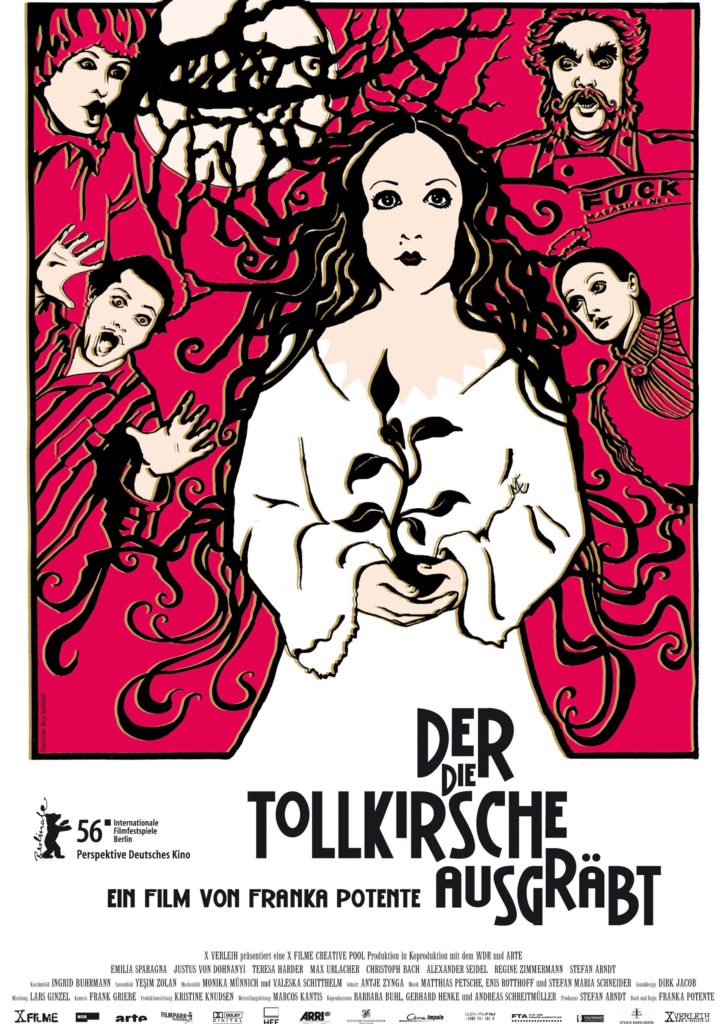 It is the year 1918 in Germany. Many people have invested in war bonds –and lost everything. Days of monarchy are counted, only a few still believe in the Kaisers victory.

A family who lost all their money is willing to wed their daughter Cecilie to wealthy yet goofy Alfred, a deal is made, the daughter „sold“ .

While celebrating the upcoming wedding that will take place the next day, the family finds a piece of cloth „growing“out of the lawn in their backyard.

With the help of dog „Wilhelm“(named after the Kaiser) they start digging it out ….to find what looks like a mummy.

Father, mother, Cecilie, her little brother and Alfred unwrap the strange find and out comes a modern day PUNK, alive and audibly talking (which the silent movie characters , who communicate only via title cards don t understand).

The family reacts with great fear! Who is this person? Only Cecilie is courageous enough to get closer, … and even though they don’t understand each other a subtle romance begins between her and the Punk, which leaves fiancée Alfred quite furious .

The father decides to keep the stranger and examine him.

While the odd „examination“ takes place the sudden news of surrender and the Kaiser going to exile reaches the house. Monarchy is over, democracy will take its place!

Upon the news the father collapses and snaps! For him, as a passionate believer in monarchy and the Kaiser, the news is unbearable!

The PUNK, who doesn’t understand what is going on, finds himself, estranged and amused, in the middle of a sudden chaos. He takes his leatherjacket off, … and reveals a T-shirt with a crown printed on it („Punk royale“). The father, meanwhile completely gone nuts, sees the T-shirt – and is convinced: „That’s a sign!!“ He decides: THIS IS THE NEW KAISER!

From now on the Punk gets pampered like an emperor, not knowing what s going on, Cecilie falls in Love, Alfred is jealous and the mother starts to worry about the wedding, she doesn’t like the intruder.

Everybody goes to bed, the father standing guard in front of the living room, where the „new Kaiser“ (Punk) sleeps.

Cecilie is restless…she definitely doesn’t want to get married to stupid Alfred, and the stranger might be a way out…she decides to confide in witchcraft, and fleas from the house to dig out the Belladonna (also known as deadly nightshade), an ancient plant used in witchcraft to brew charms .

While Cecilie is out in the woods on her mission, the father cant resist… He goes to look at the sleeping Kaiser and finds a surprise.

The mother is also restless. A witch herself she looks for a magic charm to get rid of the unwanted guest….

As the story goes on Cecilie brews a charm in order to find the right answer to her problem, the dog is sacrificed, the father, by mistake, charmed into a chicken and Alfred tricked.
Cecilie and the Punk not only find a very odd way to make love, but also get to speak the same language to each other, long enough to agree on an escape plan.

In the end, on the wedding day, the leftovers of the family enjoy a tasty chicken soup (not knowing the chicken was the father), while Cecilie and the Punk are on a journey to freedom – wherever that is.