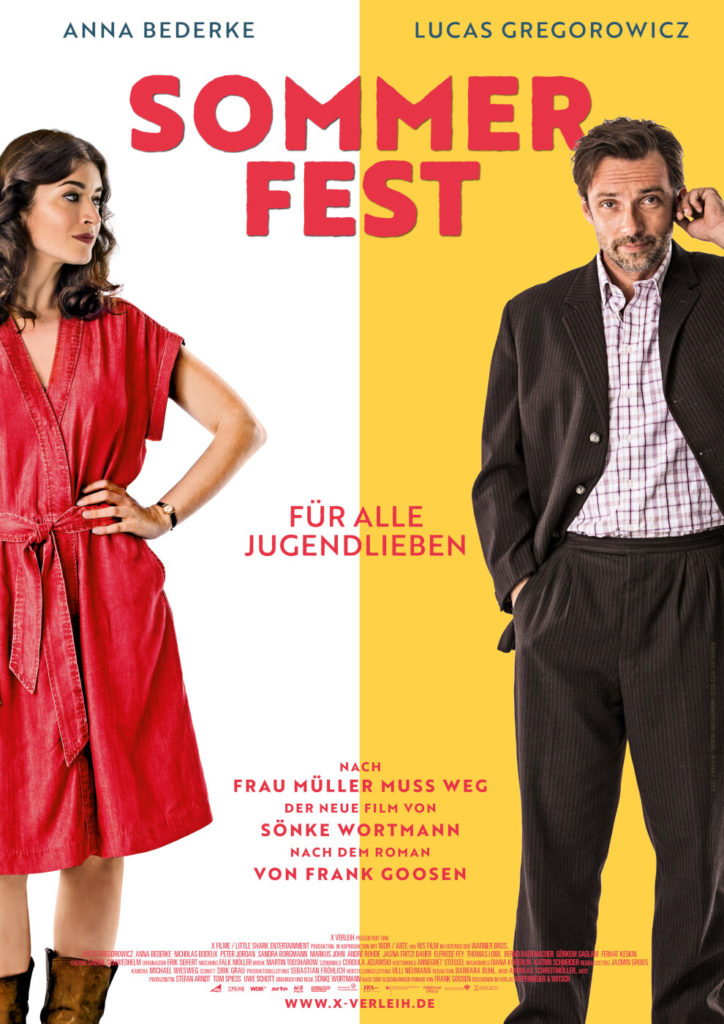 With “Kleine Haie,” director Sönke Wortmann sent his hero from the Ruhr region to acting school in Munich 26 years ago – now the journey returns home in “Sommerfest.” Warm-hearted and with laconic humor, Wortmann tells the story of a childhood love that has outlasted time and remained young. Based on the successful novel of the same name by Frank Goosen, “Sommerfest” congenially brings the wit and melancholy of the literary original to the big screen – a film for everyone who has ever loved. And a bittersweet homage to the homeland.For director and screenwriter

Sönke Wortmann (DAS WUNDER VON BERN, DEUTSCHLAND. EIN SOMMERMÄRCHEN, FRAU MÜLLER MUSS WEG), who was born and raised in the Ruhr region, the film is a return to his own roots. In order to create as authentic a picture as possible of the region and its people, he filled the key positions in his production team throughout with employees who grew up between Duisburg and Dortmund. This includes his leading actor Lucas Gregorowicz (LAMMBOCK, SCHROTTEN!), who spent his youth in Bochum and also went to acting school there. He is joined by the wonderful Anna Bederke (SCHLUSSMACHER, FRAU ELLA) as the Leading Woman in the role of Charlie.